Many years ago life was simple: you were running a business and making money, and the state was run by government and parliament. Pretty simple. You needed to adhere some rules, laws and show some ethics and fiduciary duties. All tucked away in what we would cleverly call 'the private sector'. Fast forward to 2020 and there's nothing private anymore. Businesses these days play in an arena where moral will decide its future. And it's about time.

Back then customers hardly used to have a voice, they were mostly unaware of what businesses actually were doing, let alone have an opinion. They were just buying products and services. Marketing could make a difference by building brand awareness and developing preference.

In the first decade of this century other attributes, not just the mere commercial ones, entered. Brands had to explain to consumers where they'd source, if they would produce eco-friendly and how they would treat its own employees. It still didn't seem too complicated.

Every day businesses are discovering that they are not competing in the commercial arena anymore: they've entered into a moral one. Companies are fighting for trust, by being more transparent and honest towards stakeholders. And at the same time they're trying to do what they've done in the past decades. It's a disaster for most.

Profits in 2019 were at an all-time high for most. So what happened in the mind of all these big leaders and CEOs, around the end of March 2020? In chase for profit some companies have put the lives of employees deliberately at risk. It is known that meat factories across EU and US have become super spreader places for Covid-19. Working conditions in some fulfilment centres of Amazon have become so dangerous it needed to close some in France. Renowned fashion companies just said to suppliers in India and Bangladesh: "we're cancelling all orders", after everything already had been produced. Putting the lives of 100.000's of households at risk. Multi-billion dollar companies just stopped paying rent over corona virus closures to single stand-alone landlords, but David eventually withstood Goliath. Apparently the pandemic is a crisis that forced companies to do things and take decisions they weren't up for. It definitely separated leaders from losers. The press and consumer groups were all over the place. All those companies had to react and adjust, its reputation at stake.

The pandemic was a first lesson in crisis management for most companies, the big ones were in the forefront of many publications. Another one hit just a few months later. Almost all brands we know are advertising on social platforms. Facebook is not intervening in racial propaganda, so your ads could be very well next to some white supremacist posts. If you as a marketer would oppose this, the platform will say: "it's not our role, we are in the business of not having an opinion". Customers, employees and shareholders definitely have opinions and I am 99% sure they do not want to relate a brand with alt-right or worse. It's probably not the target audience you'd prefer.

The number of brands halting ad spend on Facebook is still limited, and so is its impact. But there is life for a brand outside Zuckerberg's realm. Although most experts will say there is not. When customers and employees are increasingly scrutinising businesses on their presence and these business are finally acting, things finally start to move at the platforms.

Government funding, getting bonuses and laying off people?

Asking for government subsidies and funds because Covid-19 made such a huge impact to your business? Well, that's okay. Some business were almost annihilated and many EU governments decided to give temporary loans and subsidies to cope with the first and most immediate impact. But if the same business is paying bonuses to management and paying out dividends to shareholders journalists will put this out in the open. Recently Forbes published: "CEOs Are Making Millions While Laying Off Thousands Of Workers And Filing For Bankruptcy". The US Paycheck Protection Program (PPP) has issued for over $550bn in loans to companies, many of them to Wall Street investment firms. Not your first idea of where public money should go to... Due to Covid-19 and its huge impact on the economy companies should be very aware on stakeholder management. A mistake, like paying billions of dollars dividend to shareholders and receiving government funds, will destroy a company's reputation. And a boycott is around the corner.

With recent demonstrations on racial injustice many companies were eager to post some political correct messages on Instagram. It's actually not that complicated to post that your "heart is with the victims of police violence around the world" or that #blacklivesmatter. Uncomfortably, many organisations were discovering the total lack of inclusivity within the own workplace. An all-white male board of a company stating that inclusivity is a number one priority: that just feels awkward. So this has become another subject of discussion. Employees and activist customers are questioning why it's so difficult or complicated to change. It's actually not, companies just need to do something about it. It's proven that diversity, not just in boards, improves performance.

Okay, we shouldn't give companies a hard time. By the end of the last decade most companies were building a track record on sustainability (some were just green washing). Not that companies were so eager to start this at all. Consumers, employees and a select group of investors forced them into creating a better foot print. The concept of people, planet and profit would never been developed by companies alone: it's complicated and costly. A few great business leaders saw that they needed to change things, and they did, like Unilever's former CEO Paul Polman. More are following, slowly but surely.

And then, from March 2020 on, all the other stuff exploded.

Be honest, sincere and think carefully about who you serve

The idea that companies could just concentrate on revenue and profit, within the legal framework of countries in which they operate, stems from last century. In those days we would have the Great Divide between public and private sector. I am in business, and you work in the public sector. Well, that's completely gone now: as a business you've become a part of the public sector, acting morally. Everyday you'll need to explain and communicate why you do the things you do, why you're making specific choices.

This will increase more and more. Consumers won't accept easy answers. Journalists and research fora will investigate more, and they will ask difficult questions. If not today, for sure tomorrow. Marketing Week recently published: "brands will be defined by how they handled the virus". I would say; in this new decade, brands will be defined by their honesty and sincerity. Stripe's CEO just announced his stand on possible atrocities happening in China, probably giving up the world's biggest market in digital payments. Nike stirred controversy with the Colin Kaepernick ad and had its share price slashed (immediately after the event).

Corporations have a business acting like they're a moral entity. Most don't realise that. Covid-19 just speed up things for the good. I am an optimist. Naming and shaming is the only alternative left. 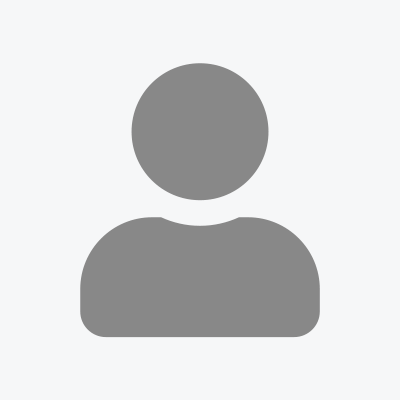